The event was a success, both academically and socially. The speakers and international guests felt very comfortable during their stay in Lima, as they told us repeatedly before leaving and even once in their countries.The course was sponsored mostly by IUIS (Education and Clinical Immunology Committees), but also by Becton Dickinson and CONCYTEC (a Peruvian governmental organization).

The objectives of the meeting were:
– To promote the awareness of Primary Immunodeficiencies (PIDs) in Peruvian and Latin American doctors, and to increase early diagnosis and appropriate treatment of affected patients.
– To establish a network to make possible the reference of affected patients to specialized centers in Peru and Latin America in order to obtain a specific PIDs diagnosis.
– To promote basic, clinical and epidemiological investigation in PIDs.
– To promote the organization of a Peruvian PIDs Patient Association. 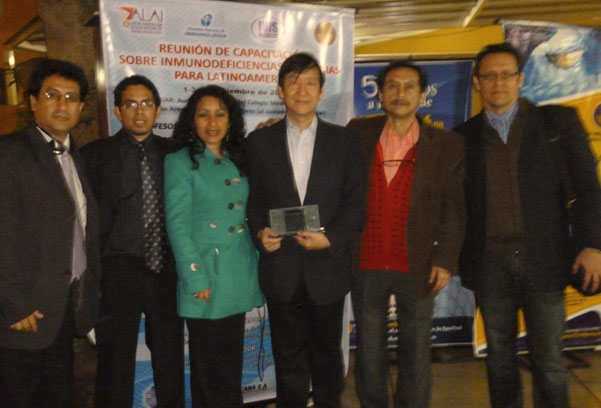